These talks are available for presentation to your organisation. Click on a heading or picture for more information. 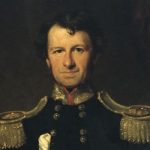 Charles Joseph La Trobe was Superintendent of the Port Phillip District of New South Wales from 1839 to 1851 and then Lieutenant-Governor of the new Colony of Victoria from 1851 to 1854. ‘He was a man of a thousand occupations; a botanist, a geologist, a hunter of beetles and butterflies, a musical amateur, a sketcher […] 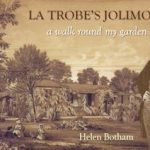 Most Victorians are unaware that our first Lieutenant-Governor, Charles Joseph La Trobe, developed a beautiful garden around his 12½ acre Jolimont estate during the nearly 15 years he spent in Victoria. This talk takes you on a tour of the garden using detailed drawings by Edward La Trobe Bateman completed in 1853. The drawings, plotted […] 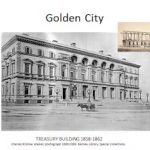 In the 1850s, Melbourne was transformed from a pastoral town to a booming gold rush city in a dramatically short time. This illustrated talk tells the stories of the people who came and the city they built. Charles Joseph La Trobe, as Superintendent and then Lieutenant-Governor until 1854, oversaw Melbourne during this extraordinary period. Presenter: […] 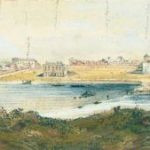 This talk explores the reasons for a settlement being established on the banks of the Yarra River in 1835 and the subsequent development of the rich pastoral hinterland that became the Port Phillip District of New South Wales and later the colony of Victoria. The talk highlights La Trobe’s vision for the colony and the […] 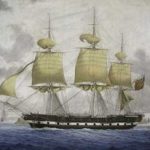 The David Clark arrived on 29 October 1839, carrying with it the very first assisted immigrants direct to Melbourne. The talk describes the voyage and the arrival of the vessel, as well as its relationship with Charles Joseph La Trobe who developed contacts with many passengers aboard David Clark. These included William and Agnes Bell […] 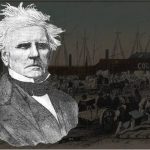 The talk provides a view of early Melbourne life through Captain George Ward Cole, who arrived in 1840 following a career in the Royal Navy during the Napoleonic Wars, and in the merchant marine. He was prominent in early Melbourne society, controversially marrying into the McCrae family and building one of the first houses in […]